Conceive of a backgammon game as taking place on a football field. Each turn represents one down, so that instead of any side taking four consecutive downs, you and your opponent alternate downs. Let us ignore the football complications of different numbers of points awarded for touchdowns, safeties, and field goals, as well as the backgammon complications of gammons and backgammons. Winning occurs whenever you move the ball to your opponent’s goal line, losing whenever he moves the ball to your goal line. Likewise being tackled in one’s own zone loses the game.

Experience confirms the analogy between the “hard” yardage near the goal line and backgammon games “close” to victory. Just as the tenacious goal-line stand sometimes prevents the touchdown, so also an unlikely parlay of exceptional shakes sometimes rescues a backgammon game that seemed over 99% lost. But in backgammon, the prerequisite for a goal-line stand is ownership of the doubling cube. If your opponent can turn it against you, you may have to surrender the touchdown prematurely. If anything less than a 20% chance of winning dictates your passing the double, then we may consider that an opponent who can turn the cube needs only to advance to your 20-yard line to win. 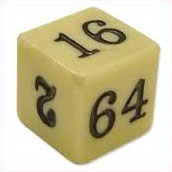 At the start of a backgammon game, when the cube is still centered, the game is truly played only between the 20-yard lines. As soon as either side advances to the other’s 20, the cube turn wins on the next shake. Thus you must in effect make your goal-line stand when your opponent threatens to breach your 20. And when you approach his 20, you must bring in your own short-yardage unit, perhaps replacing a wide receiver with a second tight end.

When you are on the verge of a cube turn, do not try to throw the “bomb,” but play very conservatively. Any yardage gained beyond your opponent’s 20 is totally wasted. Similarly, when you are about to be doubled out, play boldly to keep your opponent beyond your own 20. Risk a desperate “shoestring tackle” if you must. Bring your secondary right up to the line of scrimmage and let your opponent throw the long pass if he is so foolish.

Your offensive and defensive strategies should complement each other. Thus the time for you to throw the “bomb” comes when your opponent threatens to double you out if you don’t. Never mind that your opponent might run an interception back for a touchdown; he was going to score in any event.

Similarly, there is a time for you to employ a “prevent defense” in backgammon. This occurs when you have just rolled a very good number. Barring accidents, you will double your opponent out on your next shake. Play your number very safely and avoid any accidents!